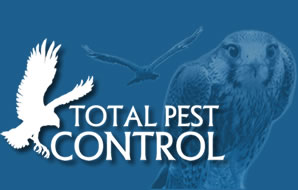 I was doing a bit of reading in Wikipedia so here are a few Rat Facts !!!

Rats are various medium-sized, long-tailed rodents of the superfamily Muroidea.
"True rats" are members of the genus Rattus, the most important of which to humans are the black rat, Rattus rattus, and the brown rat, Rattus norvegicus.
The Black Rat and the Brown Rat are generally known as the Old World rats or true rats, and originated in Asia.

A group of rats is either referred to as a pack or a mischief.
The common species are opportunistic survivors and often live with and near humans; therefore they are known as commensals.
Wild rodents, including rats, can carry many different zoonotic pathogens, such as Leptospira, Toxoplasma gondii, and Campylobacter.
The Black Death is traditionally believed to have been caused by the micro-organism Yersinia pestis, carried by the Tropical Rat Flea
The average lifespan of any given rat depends on which species is being discussed, but many only live about a year due to predation.
Rats have a very good sense of smell and are easy to train, this has led to their use in Landmine and Tuberculosis detection
In the traditional cultures of the Hawaiians and the Polynesians, rat was an everyday food for commoners
Ancient Romans did not generally differentiate between rats and mice, instead referring to the former as Mus Maximus (big mouse) and the latter as Mus Minimus (little mouse).
In Indian tradition rats are seen as the vehicle of Ganesha and a rat's statue is always found in a temple of Ganesh
The genus Rattus proper contains 64 extant species. A subgeneric breakdown of the species has been proposed, but does not include all species.

The only thing I can add is if you want to get rid of rats - give us a shout - we also cater for other pest control services all over Ireland !!